“I believe that photo retouching should be an enhancement of the natural beauty attributed to the human form. We all have flaws, but it’s our flaws that make us individuals and characterize who we are.  I pay extraordinary attention to detail but I never over retouch.”

Marilynn Hawkridge has been among the busiest and most highly regarded professional retouchers for over 20 years. Her unique, natural style has become widely appreciated by advertising agencies, magazine publishers and modeling agencies, as well as numerous Broadway stars and supermodels. She has pioneered many new techniques in Photoshop on the art of natural retouching. Marilynn has been an artist all her life. She studied oil painting at the Art Students League in New York under Isaac Soyer, brother of painter Raphael Soyer. Ms. Hawkridge attended Cornell University for their summer arts program in high school and graduated with a BA from Syracuse University in Illustration. She studied at the St. Martin School of Art in London her junior year and returned to London for 3 years to work in advertising and airbrush illustration before returning to New York City. Her work appears in numerous publications as Esquire, Vogue, Cosmopolitan, Elle, and Mademoiselle. 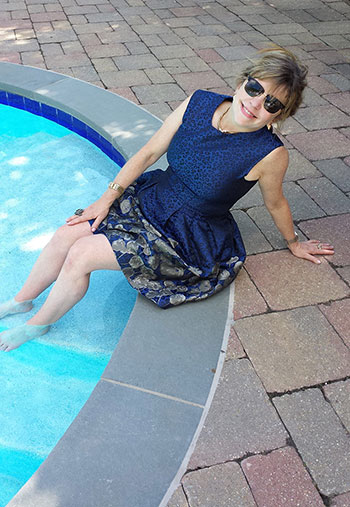